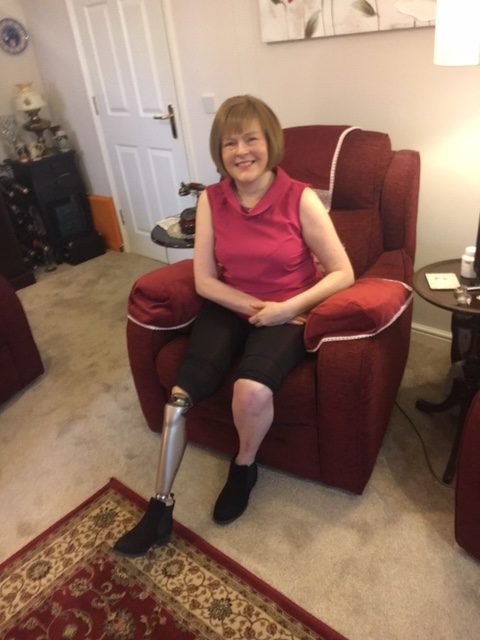 My name is Debbie and I lost my right leg to above the knee on 7th December 2012.  I limped into the hospital to have a routine operation to unblock a vein and came out with a limb missing.

I was referred to a psychologist to talk about it but the first thing I thought was, how would he understand what I was going through?  He couldn’t really understand as I watched him walk across the room!.  If an amputee had visited me shortly after and listened to the issues that I was struggling to come to terms with and understood everything that was going through my head, I would have been inspired much sooner.  Everyone who is an amputee has a different journey and story to tell.  My family needed support.  We had never had a disability in our family.  It was incredibly stressful for them too.

I chose to train to become counsellor because of the lack of support I had after my operation. I feel very privileged that Steel Bones have asked me to help them. I wish I had had their support back in 2012.  I think that counselling would make a huge difference to new amputees, amputees that are struggling to come to terms with a new way of life, any amputee out there that is trying to make their  life work for themselves.  You do not have to struggle alone.