My Sepsis Story by Kim Smith 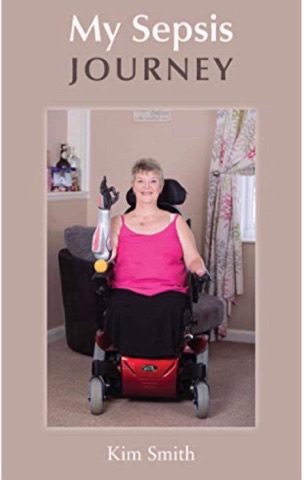 I was suffering with back pain on my left side, I started to think it was a urine or kidney infection, so went to the local hospital thinking this would be better as I hoped they would speak more English, as I was in Spain at the time they did an X-ray and said nothing is broken, I wasn’t given any medication or further check ups.

The following day I felt really bad so went to the doctor he said I had a urine infection and prescribed antibiotics, we went to get them from the chemist but they didn’t have them in stock so asked us to come back the following day my symptoms were cold hands and feet, severe breathlessness & shivering, I had a temperature but was so cold I just knew I was very ill and it was more than just a kidney infection, I felt like I was dying I didn’t know but my body was going into septic shock.

On the 29th November 2017 I woke at about 4am telling my husband I needed to go to hospital, we were in Spain on holiday but luckily I spoke enough Spanish to let them know I felt very ill, I thought I was going die.

They admitted me immediately and took my clothes and jewelry and gave them to my husband saying “she won’t need these she could die” I was taken to intensive care and put into an induced coma, I had a tracheotomy life support and kidney dialysis because my kidneys failed, my husband didn’t speak any Spanish and didn’t know what to do, he went home and phoned my daughters and my mum who immediately got the next available flight from Gatwick to Alicante that afternoon and when they came to see me the next morning were shocked when they pulled the sheet back to hold my hand it was purple.

They visited every day but there was no change, eventually my daughter found my travel insurance and phoned them they said “we cant foresee why she can’t travel home by commercial airline well my daughter lost it.

I’d been in a coma for almost 6 weeks and wasn’t getting great treatment she wanted me home, so eventually they agreed to send a air ambulance to bring me home, the doctor flew in from Germany, he said to my husband “ I don’t know how they work here, but we don’t work like this, if I don’t move her now she will be dead in 2 days, I will take her life in my hands” he warned him there was a risk with going up and coming down because of the pressure

My girls were waiting for my arrival at MKGH, when the DOCC (department of critical care) received me they took my girls into a room and said “she’s in a really bad way the next 48 hours are critical) I had a grade 4 pressure sore on my head plus a bad one on my bottom too, they woke me after 2 weeks and although delirious I was alive, once stable a doctor came and said “your hands and legs are black and we need to amputate” to which I replied yes I know it’s fine get them off.

I was transferred to Bedford hospital for my amputations I had my hands and both legs, above the knee removed in one operation, I spent 3 months in Bedford waiting to go to Roehampton for rehabilitation, I was booked for 12 weeks but after 7 weeks I was able to come home.

I’ve always got a smile on my face pretty much I’m alive, I have an amazing supportive family and why wouldn’t I smile, my mission in life is to warn everyone about Sepsis, I’m lucky I survived it, I know so many that haven’t any infection literally a paper cut, urine infection, flu anything that causes an infection can cause Sepsis, so what is Sepsis it’s a reaction to an infection that causes our immune system to go into overdrive.

My kidneys failed I had to be on dialysis I was on life support my husband thought I just needed antibiotics can you imagine being told she could die, all alone in a foreign country?

Well I’m lucky I survived to tell my story, please remember the symptoms or if you have an infection google the symptoms of Sepsis because it needs URGENT medical treatment if you’re unsure Just Ask “Could It Be Sepsis” 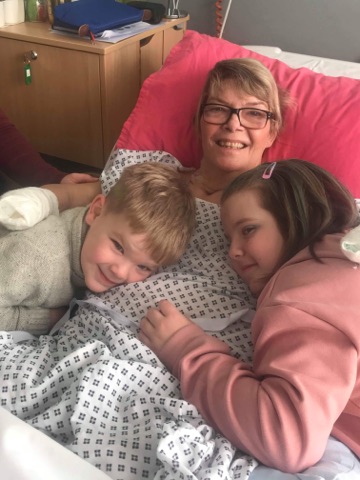 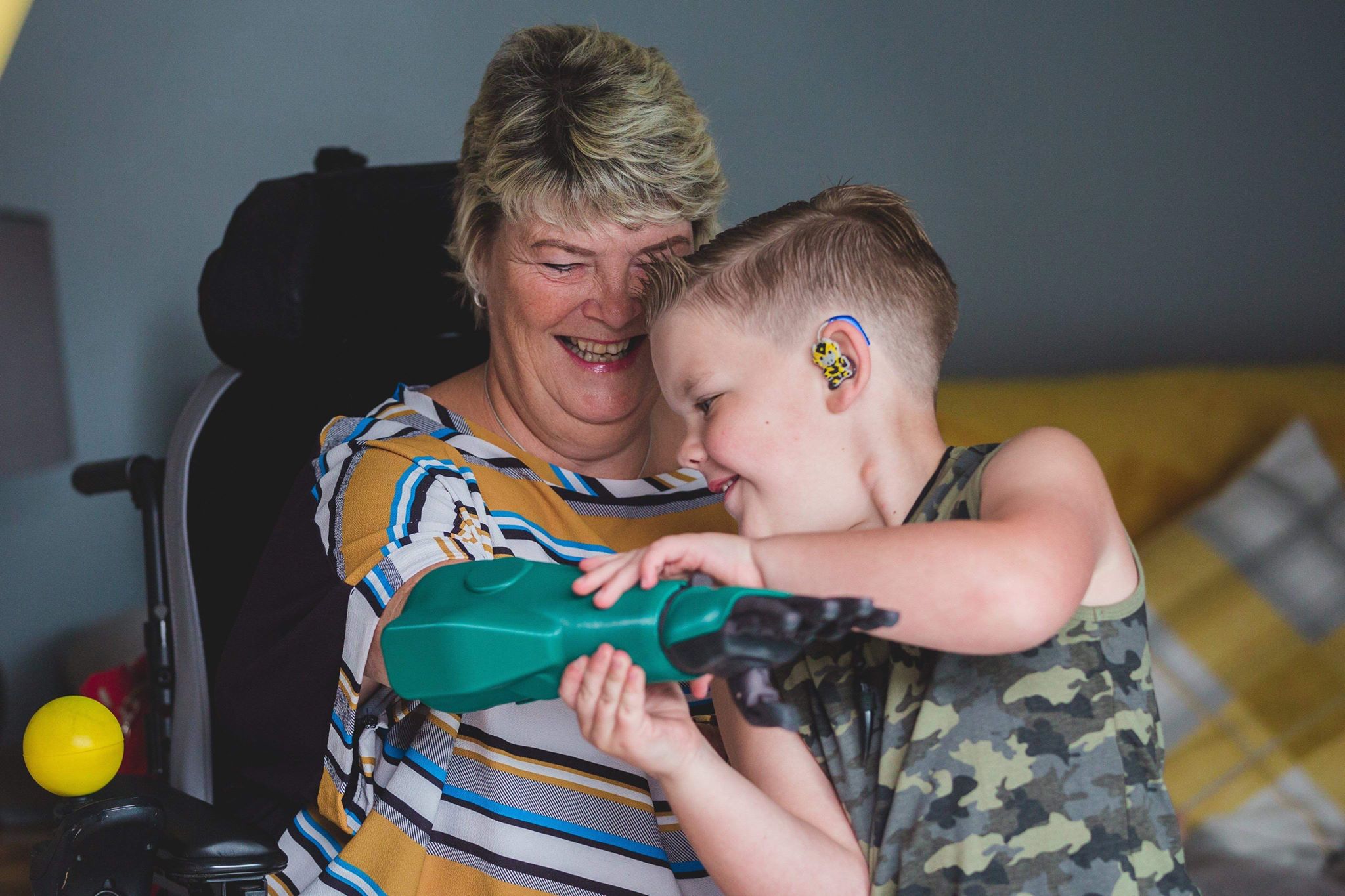 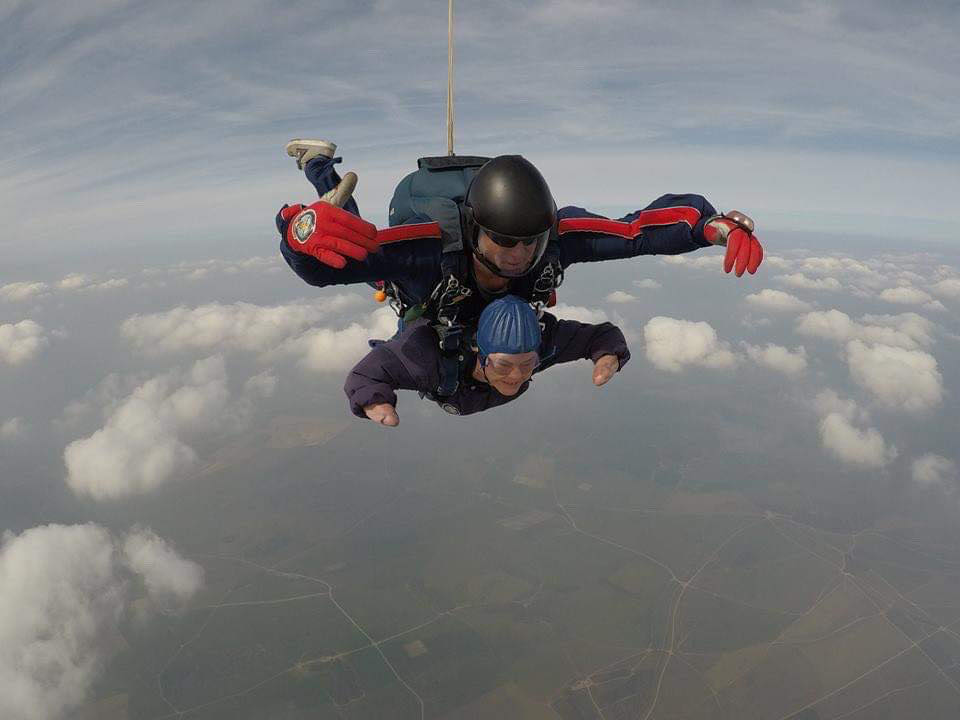