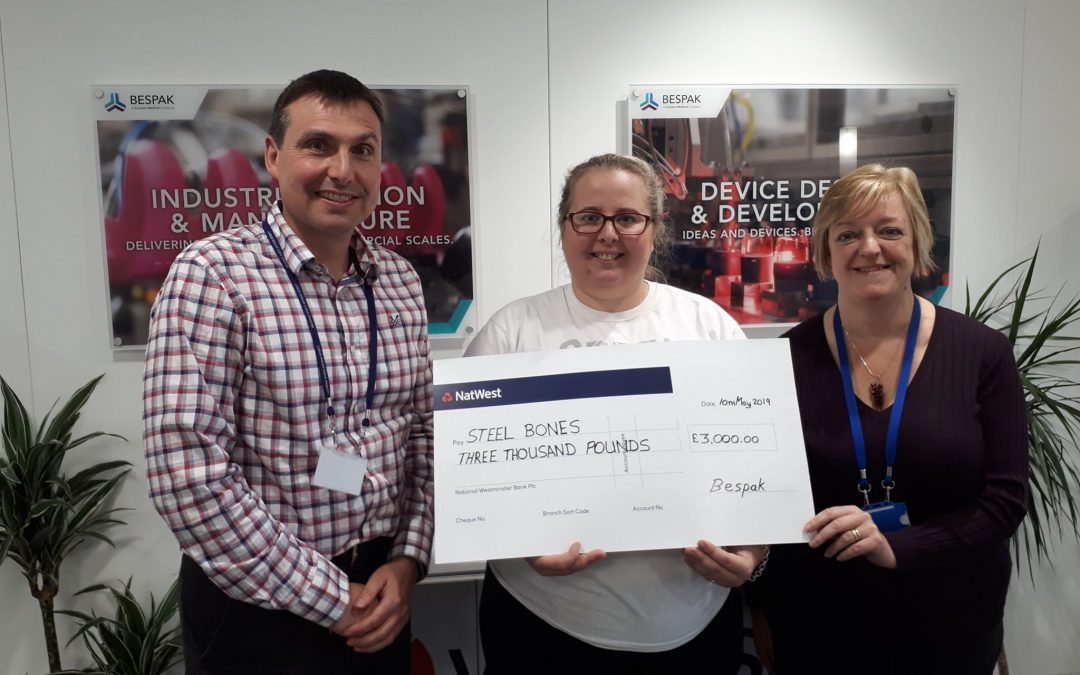 This year Consort Medical – Bespak Drug Delivery Devices have two Charities of the Year. Back in October, we began the selection process for a new Charity of the Year, interested charities submitted application forms by the end of January to enable the committee to review, the successful charities were invited to present to the committee and following this the shortlisted charities were put out to an employee vote. This year two charities have been selected across the King’s Lynn, Cambridge sites and we are looking forward to the coming year raising awareness and vital funds for both of the successful charities – NARS and Steel bones.

Norfolk Accident Rescue Service (NARS) is a charity which provides expert medical help, over and above that of a standard ambulance resource, at the scene of road crashes and other emergencies. The doctors and paramedics who volunteer for NARS have received extra training to provide trauma care and can administer more extensive drugs at the scene of an accident or cardiac arrest, vital during the critical moments of an incident.

This year NARS is extremely proud to celebrate its 45th year of supporting the East of England Ambulance Service NHS Trust with the most serious or life-threatening incidents around Norfolk.  The organisation has come a long way since those early days, and today we are a member of a regional pre-hospital critical care network which delivers enhanced emergency medical and trauma care across Norfolk.

Paul Strutt, NARS commented ‘NARS are delighted to announce that we have been made Bespak’s Charity of the Year for 2019, the contest to be the charity of the year was decided by an employee vote – so we are very grateful to everyone who voted for us! It’s a fantastic way for us to receive vital funds for our life-saving operation.’

Michael Earl, Commercial VP and member of the Charity Committee also remarked “Although NARS have been in operation for 49 years not many of us on the charity committee had heard of them, which given the amazing work they do was a real shock. As soon as they came to present to us we felt they were worthy of being added to the list for Bespak employees to vote for” Remarking on the second charity of the year Michael commented that “Steel bones approached Bespak last July they are a small and relatively new charity being run by an amputee family. They are trying to raise their profile and are 100% volunteer run, supporting civilian amputees and their families; on a mission to improve communication and support amongst all amputees and their families. We are pleased to be partnered with both of these charities for 2019/20.”

Steel bones is a charity whose key focus is to offer support to new amputees, and their families, by providing the guidance and companionship that they so often need – at an incredibly traumatic time. They are running many current projects, some examples are Amputee Football Games, children’s books, fitness clubs and clinics and Limb-it-less games in schools.

Emma Joy-Staines Steel bones commented, “We are beyond thrilled to be selected by the amazing team at Bespak.  We are really excited about working with this fantastic team plus their financial donation will make a huge impact on helping us to help more local amputee families. THANK YOU SO MUCH”

To find out more about our Charity Policy visit: https://www.consortmedical.com/about/sustainability/charities-policy/