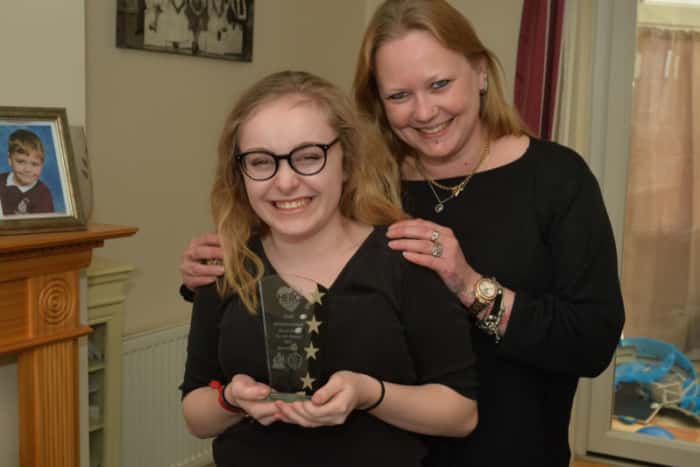 We are absolutely delighted to learn that our Young Ambassador Jorja Furze has been asked by the palace, to be part of the 2,500-strong crowd at Windsor Castle, as Prince Harry and Meghan Markle tie the knot on May 19th.

12 Year old Jorja, who won the Ely Hero Award last year, received the invitation in recognition for her role as young ambassador for amputee support charity Steel Bones UK. The Soham Village College student, born without the lower part of her leg because of amniotic band syndrome, is to take her mum Gabby as her ‘plus one’.

Jorja said: “I’m very nervous but excited at the same time. I think it’s more telling my friends that I am going to the royal wedding and getting a dress that I am excited about just now. “My friends are trying to get me to sneak them in.” Her mum received the surprise call from the Queen’s representative in Cambridgeshire and Peterborough, Lord Lieutenant Julie Spence.

Jorja, from Isleham, said of the royal couple: “I think they are really good together. I think it’s really good that they don’t just want the royal family to go, they want the public to be there as well. That’s really nice.” She will join survivors of last year’s Manchester Arena terror attack as well as charity workers from around the country, putting her ahead of world leaders including Theresa May, Donald Trump and Justin Trudeau who didn’t make the guest list!

Well done Jorja and thank you for all your hard work and dedication – we hope you have the best time ever!